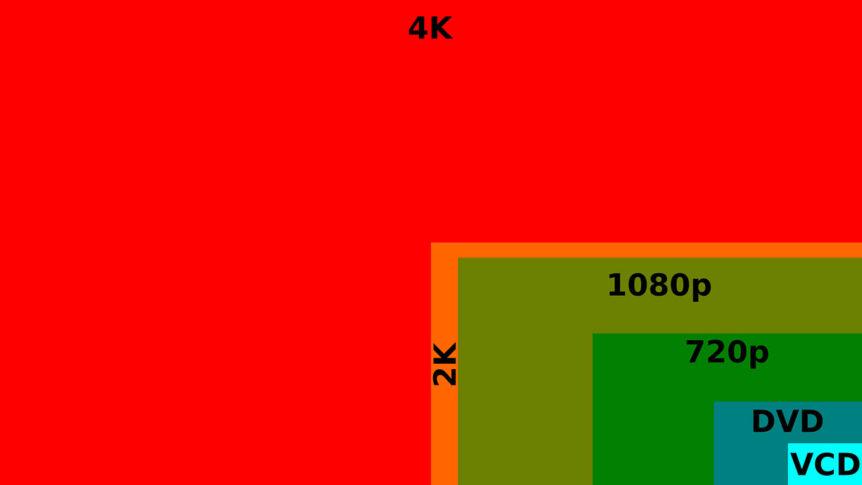 Screen size that is…

A lot of industry talk lately has centered around video screen resolution.  Now that essentially everyone is shooting and viewing high definition (1920×1080 for the purposes of this discussion) video, camera and television manufacturers are urging us to move on to bigger and better options.  4K UHD (Ultra High Definition) TVs are flooding the market and companies like RED would like us to move right on up to 8K for image capture.

There are pros and cons to this trend.  Certainly higher resolutions look better and have greater detail than “regular old” HD.  The amount of data that an 8K camera records makes short work of filling up even the largest storage cards on set and that costs serious bucks.  Upgrading your TV to UHD after a relatively short timeframe from when you bought your shiny new HD TV can strain consumers wallets as well.

Having shot 4K for a while now, I can say that the ability to color correct the higher quality image is a major benefit.  Also, editing 4K video on a 1080 timeline gives us the ability to “punch in” closer and re-frame as needed.  While “fix it in post” is not generally a great way to operate it does have practical benefits in this case.  Say you have on camera talent for a limited amount of time.  Rather than needing two cameras for coverage, you can just grab the best take and vary the shot framing in post as needed.  There is a difference in the background focus between doing this digitally instead of through a longer focal length, but that deficit doesn’t compare with the value of being able to release the CEO or actor on overtime more quickly.

In the end, technology will keep progressing and in ten years we will probably be shooting crazy-huge resolutions for more “immersive” video experiences.  Understanding what works best for your production and not just jumping on the latest thing is generally the best way to go.